Check out our local history provided by the City of Staunton

In 1915, Staunton mayor Hampton Wayt addressed the Convention of the American Instructors of the Deaf. During his speech, he said, “I always speak in a modest vein when I speak of Staunton, the Queen City of the Valley. It is called Staunton from the wife of a former governor of this State, who was a woman of queenly graces of mind and heart. It received its name of the Queen City of the Valley because at one time it was the county seat of the largest county in the world, larger than Germany or France, and even larger than most of the principalities of Europe.”

Staunton, Va. was settled in 1732. It was named for Lady Rebecca Staunton, wife of colonial governor Sir William Gooch. It was the capital of the Northwest Territory from 1738 to 1770. The Virginia General Assembly established Staunton as a town in 1761 and the town was formally incorporated in 1801.

When the Virginia Central Railroad arrived in 1854, Staunton became a transportation hub, and during the Civil War, Staunton was the site of a supply base.

Staunton is the birthplace of 28th president Woodrow Wilson. Wilson was born on December 28, 1856 at 20 N. Coalter Street, the current site of Wilson’s Presidential Library and Museum.

Be sure to visit U.S. President Woodrow Wilson Library and Museum! It’s an amazing experience to learn about President Wilson, his life and Presidency. 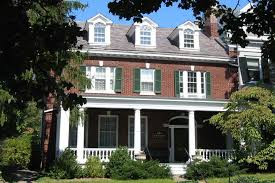 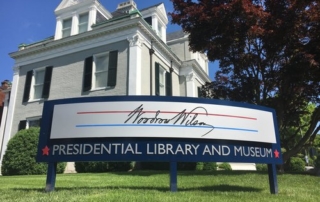 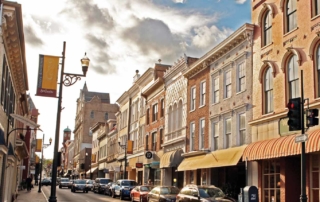 Visit Staunton’s Website to learn about the amazing downtown, lodging, restaurants and shops

*We are a COVID-19 Vaccinated Facility*